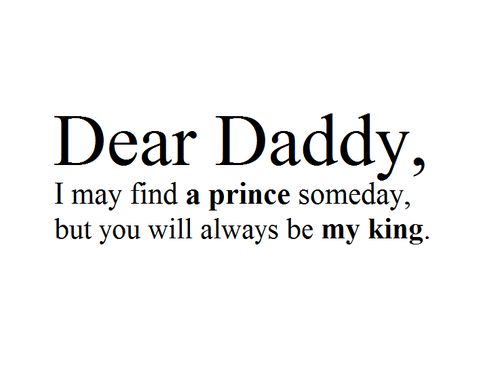 Part of my job is to talk to people.  Like a lot of people.  I get to know them on business and personal level.  It’s something I love about my job.  Typically part of the conversation as I’m getting to know someone revolves around kids.  Do you have any and if so, how old are they?  Are they into sports and if so, which ones?  Do you get any sleep with 2 kids under 4 in the house?  Do you have boys or girls?  I always enjoy hearing how families split up the kid duties and how they juggle the craziness of kids schedules, it can be a big challenge.

I have 2 daughters, ages 15 and 18.  The oldest just finished up her freshman year at college, the youngest will be going into 10th grade next year.  I consider myself lucky to have both of my daughters in my life.  Most of the time I enjoy being around them but being honest sometimes I don’t.  They can say the same thing about me and that’s part of why I consider our relationship to be so good.  We have the ability to be honest.  A common saying in our house is “I don’t always like you but I always love you”.  And that’s absolutely true.  We’ve had a lot going on in our house recently and it’s made me reflect on dad daughter relationships.

I have some friends who have one son and others that have one son and one daughter.  For some reason I have numerous friends with 2 boys and no girls.  Our next door neighbor has 2 daughters and that’s the only people I can think of that I know that also have 2 daughters.  I’ve just lived on this side of the fence with 2 daughters so I can only speak to my experiences.  I have heard fairly uniformly that boys are typically harder when they are younger.  I’ve heard this is opposite with girls – easier when they are younger and harder when they are older.  The reasoning is fairly self explanatory.

I remember one time going to pick up my daughters from the after school care at the elementary school they attended.  I saw the boy/girl difference vividly and it amazed me.  On one side were a group of girls who were whispering and giggling and in general, playing fairly calmly on the swings.  On the opposite site of the playground was a bunch of boys in a cloud of dust.  Literally.  They were playing some form of football I think.  What they were really doing was chucking a football between them and running, tripping, kicking, punching, spinning, yelling, and flailing all around the playground.  A huge plume of dust followed them wherever they went.

I watched a kid get crushed against a fence, fall down while everyone ran away, then pick himself up and run after them.  Another boy got turned around and smashed his shins into a post and never slowed down.  It was craziness personified.  After watching this I felt I had a pretty good vision of boys vs. girls when they are younger. In dad daughter relationships part of the challenge is simply having different sex brains.  The whole male/female difference.  While I think there are many commonalities for raising kids in general, raising daughters from a dad’s perspective is unique.  I had the hardest time letting go of the whole “man must solve problem” when dealing with my daughters issues.  I used to listen to them drone on and one about some problem they were having.  And I mean the word “drone” in the nicest possible way.  I’d listen patiently and when the time was right, offered up my words of wisdom to solve the problem.  And that usually went over about as well as you’d imagine.  I banged my head against this wall for YEARS until it finally hit me like a freight train – they don’t want you to solve it.  Just listen dummy.

The other part that continues to frustrate me is simply not understanding where they are coming from.  They say they want this or they want that.  They want they want they want.  Then they don’t do anything about.  Or another of my favorites is talking about how they really don’t like someone – then going and doing something with them.  Or hating a boy because of one of a million reasons, they chatting with him for weeks.  Finally my wife said “you don’t have a teenage girls brain, you’ll never understand”.  And in that moment, I finally understood that I’ll never understand and get over it.  I still get frustrated, but I understand.

Important Lessons – From Dad To Daughter

More and more research has shown how critical the dad daughter relationship is.  A solid dad daughter bond has so many benefits for the daughter as she is growing up and well into adulthood.  Let’s look at some of the important lessons a dad can teach his daughter.

Treatment of women – it’s not a stretch to understand that a daughter will learn a lot from how her dad treats her mom or women in general.  If the parents are still together then how the marriage is and how dad treats mom is on display everyday.  If mom and dad aren’t together then how does dad co-parent and treat other women in his life?  Critical.

Self-sufficient – I personally feel that my job is to help my daughters learn to take care of themselves physically, emotionally, mentally and financially when they are on their own.  A foundation I try to share with them is they have to take care of themselves without relying too much on anyone else.  I don’t do this to worry them but to help them believe in themselves.

Everybody screws up – Nobody is perfect nor should they try to be.  Trying to be perfect only sets people up for disappointment.  It’s okay to make mistakes, this is how we learn.  I tell them that I make mistakes every single day.

Own It when you’re wrong – As a continuation of everybody screws up, make sure you admit when you’re wrong.  Not only admit it, do what you have to do to make it right.  Admit you’re wrong, apologize in a meaningful way, and do what needs to be done to fix it if possible.

Take care of your s**t – My girls have jobs and school.  They also have friends and to my constant dismay, boyfriends most of the time.  I consistently tell them I don’t mind you having fun just as long as it doesn’t interfere with what’s got to get done.  If grades suffer, something has to change.  You miss work because you stayed up too late, tough s**t.  Take responsibility.

Solve the problem – this is one of my favorites and most frustrating.  So many people simply accept something.  “I applied for that job, there’s nothing else I can do”.  There’s always something else you can do.  I give it my all when trying to teach my daughters how to solve life’s problems.  It’s a skill most people could get a lot better at.

Love yourself – it took me over 40 years to finally get to the point of finally fully and completely accepting myself, flaws and everything.  I want my daughters to be on a shortened timeline for this.  Everybody’s got good & bad in them and that’s okay.  Accept who you are and love yourself for it.  You are you and that’s awesome.

Steadfastness – daughters need a steady presence in their lives, especially when they are going through their teenage years.  It’s a confusing time for any teenager and with girls and society the pressures are even higher.  When a father can be a steadying, calm presence in their daughters lives it will benefit both sides.  It is great for a daughter to know her dad will be there if and when he is needed.

Be All You Can Be

How positive and solid the dad daughter relationship has an impact while growing up of course but also into adulthood.  It makes a lasting impression with how the daughter interacts with and has relationships with men and the world.  Here is a great article by Linda Nelson titled “How Dads Affect Their Daughters Into Adulthood” that provides a lot of great information in this area.  I encourage you to take a few minutes to read it.

So dads, here’s a little pressure for you, see if you can handle it.  There is research and studies out there that indicates girls tend to date and marry guys who have attributes of their father.  This comes from a young age when a girl gets her first sense of love from a male – her father.  The imprint of love is done early, I’ve read the ages 3-6 fairly consistently.  This nugget puts the spotlight on you to be a strong and positive influence on your daughters life.

Are you up to the challenge?