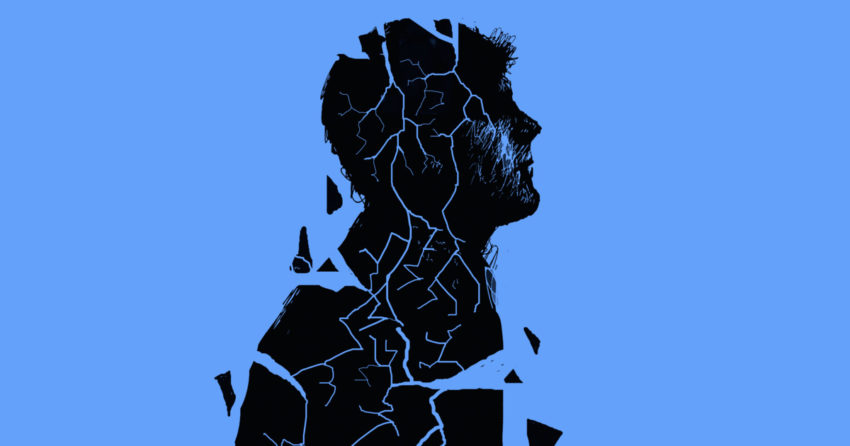 Major depression is one of the most common mental disorders in the US.  Major depression can severely impede one’s ability to carry out the majority of life’s activities.  According to the National Institute of Mental Health over 16.2 million Americans had a major depressive episode in 2016.  That represents just under 7% of all adults in the United States.  With depression being so prevalent I felt an article on depression signs in men was in order.

What is depression?  Probably best to take a quick look at depression before I review depression signs in men.  Clinical, or major depression, is a mental health disorder characterized by persistently depressed mood or loss of interest in activities.  It is further characterized by causing significant impairment in every day life.

Depression causes feelings of sadness.  It also causes a loss of interest in activities once enjoyed.  So if I love to paint and draw and then became depressed I might lose interest in them.  The activity of painting or drawing would no longer interest me.  Depression can lead to to a variety of emotional and physical problems.  As mentioned above it can decrease a person’s ability to function at work and at home.

How Depression Affects Your Life Depression can affect your life or my life in a variety of ways.  This includes not only physical and mental symptoms but also the various areas of your life.

On a physical level depression can make you feel constantly tired.  A friend of mine suffering from depression said his body always felt beat up.  that he felt weary and was dragging all the time.  He told me he had a really hard time getting out of bed most mornings.  That the thought of getting through his day exhausted him.  I’ve been told it just feels like a constant fight to try to make yourself go through the motions.

On a mental level the overwhelming feelings of sadness is very common.  Someone with depression told me that they had no motivation.  I was told that they just didn’t care about much of anything.  The same friend told me they felt like they were constantly fighting with themselves inside their head.  That they knew they should do certain things but simply couldn’t.  That they know there are things they should do like go out to see people.  The other voice told them that those people didn’t really like them anyway so what was the point.

Work – It’s easy to see how depression affects your work life.  Since depression tends to make you tired most of the time, you have lower energy for work.  This can make it difficult to keep up with physical tasks needed at many jobs.  Depression also affects your thinking.  Many times people with depression find it hard to concentrate.  As you might imagine this has a negative effect on work productivity.  Since one of the biggest indicators of depression is sadness, this makes it extremely hard to enjoy your job.  You get little job satisfaction.  Your relationships at work suffer as well since you tend to shrink into yourself with depression.

Relationships – Depression in one person in a relationship affects both sides.  Since someone who is depressed feels down most of the time that tends to affect the other person.  They may get tired of being around someone who’s always in the dumps.  Men with depression tend to express their depression more outwardly.  This can come out in the form of excessive drinking, affairs, and other actions detrimental to a relationship.  Emotions feel like the enemy when you’re depressed.  So if I am depressed and there is conflict in the relationship, I will shy away from that.  I won’t want to deal with any conflict if I’m depressed.  And as you might imagine my depression leads to increased conflict.

Enjoyment – This is probably something I didn’t need to even write.  Being depressed tends to suck most, if not all, of the joy out of life.  People who are depressed don’t see much point in a lot of things in their life.  This includes enjoying the things they used to enjoy.  One of the biggest signs of depression is no longer being interested in things you used to love to do. Not recognizing that’s it’s depression.  The most prevalent sign of depression is an overwhelming sense of sadness.  The interesting thing is for many men this is not the primary symptom.  It presents itself as tiredness, upset stomach, and ongoing irritability.  This is why the male says he isn’t depressed, just stressed.

Downplaying symptoms.  Just like not being comfortable talking about it many men downplay symptoms of feeling bad.  This goes right back to believing it’s a sign of weakness.  As you might imagine bottling all that up inside ultimately just makes things worse, not better.

Resisting getting outside help.  Many people have a type of stigma related to going to see someone for depression.  I’ve found this to be true in both males and females.  I believe it is more prevalent in males.  As men we resist going to see even our regular doctor most of the time.  Why would we want to go see someone to talk about how we feel?

Working to remove the stigma of seeking help is of primary importance.  Mental health is just as important as physical health.  In order to live our lives to the fullest we need to be both physically and mentally in shape.  Life knocks us down from time to time.  There’s no shame in asking for a hand up whenever it’s needed.  You’d be happy to do it for your best bud right?

Your primary resource should be to seek out and see a licensed therapist.  If you think you may be suffering from depression go talk to someone.  They might recommend you try a drug to help as well as see a therapist for while.  Here are also some books on the subject.

Prescriptions Without Pills:  For Relief From Depression, Anger, Anxiety, and More – by Susan Heitler, PhD.

Lost Connections:  Uncovering The Real Causes of Depression – And the Unexpected Solutions – by Johann Hari

I Don’t Want to Talk About It:  Overcoming the Secret Legacy of Male Depression – Terrance Real

Eight Things Every Man Should Know About Depression – by Gary Lovejoy

Depression is the one of the most common mental illnesses in the United States.  It can severely impair yours or my ability to enjoy life.  It sucks away energy and makes getting through the day a chore and a challenge.

Many people in general have a stigma of sorts in regards to seeking help.  Men in particular seem to find it hard to raise a hand and express a need for assistance.  As men we are often times taught to suffer in silence.  That silence is strength.  That we have to keep it all inside.

Doesn’t have to be this way.  Taking care of yourself mentally is of utmost importance.

8 thoughts on “Depression Signs In Men”