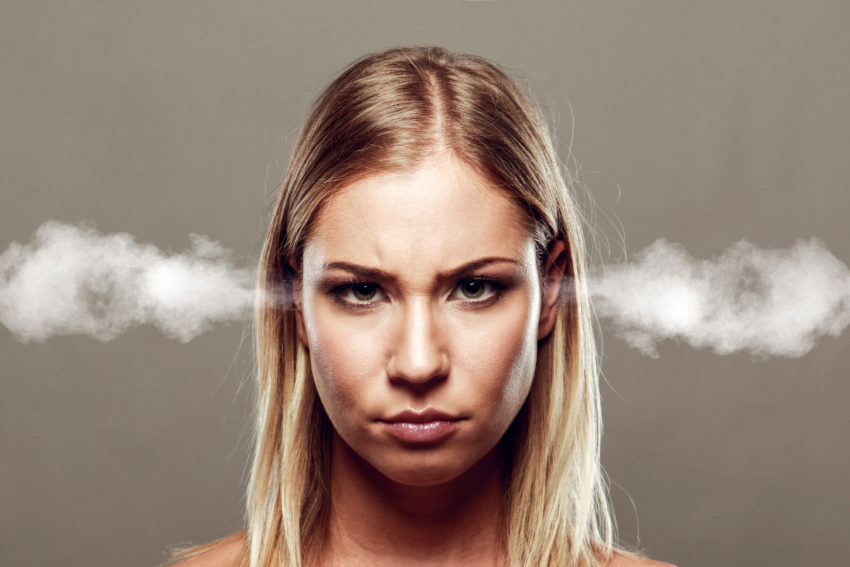 What in the world? Why would someone write an article on how to make people mad? Well, I can’t speak for other people but I had a flash of inspiration the other day regarding how easy it is to make people mad. I realized how easy it is to make someone angry without even really trying. Don’t get me wrong, I think it’s not hard to make someone mad when you are trying. What I am talking about is how to make people mad in a very easy, everyday manner. Do this one thing on a regular basis and I guarantee you will make your circle of friends and family smaller. Want to know what it is? Tell the truth.

But our mothers told us to always tell the truth right? Of course they did! In general it’s the right thing to do. I am a HUGE proponent of communicating effectively. I firmly believe that having strong communication skills can help in literally every facet and relationship in your life. In general I like to be very upfront and honest with people in all of my relationships. My opinion is that in almost any situation you can get from point A to point B in the fastest, most effective way possible by being honest and sharing what’s on your mind. Here’s a few examples:

Let’s say your boss gives you a new project to complete. The best way to ensure you are delivering what he or she wants, and helping your own success, is to ask a lot of questions and provide truthful expectations. If your boss wants something done in 48 hours and you know there’s no way you can get it done in less than a week you should tell him or her that. If you don’t you are only setting yourself up to fail and your boss to get pissed off at you. So setting clear, honest expectations with your boss is the best course of action for everyone. Here’s another work one.

I recruit people for a living. On the first call with someone about a job I like to find out their compensation needs. I then match against what the job will pay and we decide to either move forward in the process. Or not. If the job isn’t going to pay their bills then it simply doesn’t make sense to waste more of anyone’s time.

Personal relationships. Here’s one to think about. Setting truthful and honest expectations in personal relationships goes a LONG WAY to achieving your happiness. What if your idea of an active sex life is getting busy 3 times a week and your girlfriends or wife’s is 3 also? Sound great, right? Not if she’s talking about 3 times a month. There’s bound to be a problem at some point down the road.

I personally believe you should always tell the truth about how you are feeling. Too tired to go to the party? Be truthful and say that, especially if you know you are going to be in crappy mood because you are too tired.

Now, why would telling the truth piss people off? Let’s look.

So how will telling the truth make people mad? Let’s look at a few examples.

Pointing Out When Someone is Wrong

Telling the Truth About Someone’s Flaws

This really comes down to someone’s own self-awareness. For instance I consider myself to be fairly self aware. As such I know most of my flaws. And I’m okay with that. I am great at developing relationships with people. I suck at creating and manipulating excel spreadsheets. I’m really good at following up with someone until I get what I want. I am terrible at staying in the details of a project. I simply lose focus and patience. And I’m okay with that. That being said many people don’t like to hear about their flaws or weak spots, even if it’s the truth.

Telling Someone What They Don’t Want To Know

This one can be very delicate. Something can be the truth like you know someone’s son or daughter is using drugs. That could be the 100% truth. But the mom or dad might not want to know that. So when you tell them the truth it’s going to piss them off. They are going to say “not my son” or whatever, even if it’s the truth. What is happening here is you are forcing someone to consider a reality they don’t want to. And it’s going to upset them and get them angry at you. Even if all you are doing is being the messenger. You know how it goes, some people like to shoot them messenger. Use caution here.

Correcting Their “Memory” In A Public Manner

This one can lead to fireworks. You know the person that’s always talking and spouting facts and in general acting like they know everything? I’ve known a few of those folks during the course of my life. And a sure fire way on how to make people mad in this situation is to tell them they said something different another time while they are talking to a group of people. They will look at your with fire in their eyes. Why? Because you are making them look like they DON’T know what they are talking about in front of people and more importantly, bruising their fragile ego.

Showing Someone That They Lied

And talk about bruising a fragile ego, one of the best ways to piss someone off by telling the truth is showing someone that they lied. When you are told something and you are able to conclusively show someone that they are lying oh boy look out. You are either going to get someone to shut down completely or continue to lie. What typically doesn’t happen is they go “oh yeah, you’re right, sorry about that”. That stuff never happens. At least not in my experience. Why you might ask? I’m not sure but I’m betting it has something to do with the fact most people simply don’t want to admit that they lied.

The reason this idea came to my mind is I told one of my daughters boyfriends recently that an easy way to make a female mad was by telling the truth. But I didn’t mean it broadly, it was more related to a time when he was pointing out that one of my daughters said something the day before that they were now claiming they didn’t say. And he was like “but I was there!”. I told him to let it go, it was only going to cause more friction.