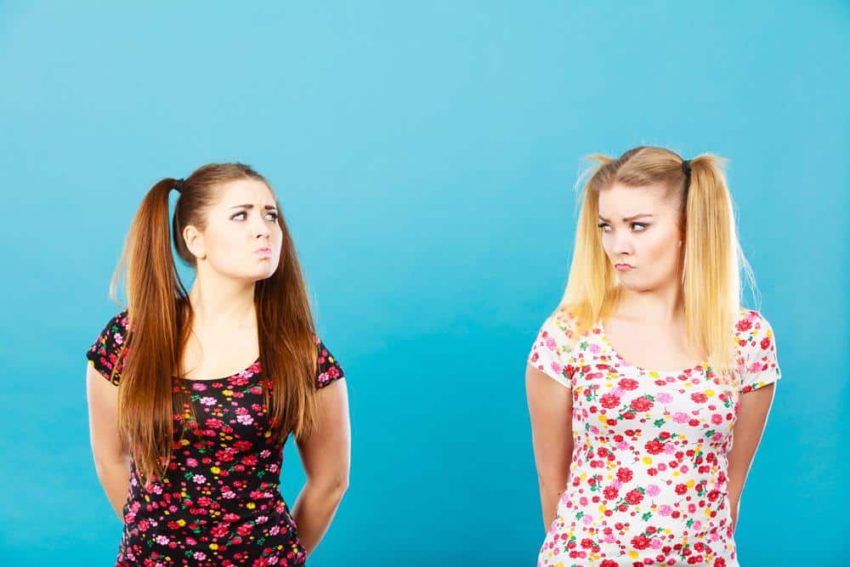 This article is inspired by what I guess I would term the ending of a long friendship. Something happened recently that made me open my eyes and realize this person had not been much of a friend over the last year. And to be honest that was really disappointing and kind of sad. There’s some people that it’s simply easier to get along with and you don’t have to work much to be around them. This friend was that person. Catching up was easy and it was always nice. I actually enjoyed hearing what was going on in this friends life when we caught up. I was interested. Unfortunately actions of late have made me realize it’s time to pull the plug. Hence the lesson today, how to not be a good friend.

So 15 years ago I moved to the city I now live in. We moved here because my wife’s parent’s lived here and it was closer to family. Both of our daughters were very little and it was time to re-career for me. I was offered a job as a Financial Adviser at Edward Jones at the same time as I was offered a job to go into agency recruiting, otherwise known as staffing. I chose staffing for some reason. The good news is this is how I got into recruiting which I still love to this day. The person that hired me and was my first boss? The person that has been doing a great job of showing how to not be a good friend. This is how we got introduced.

This person was not only a good manager but also a good friend. In many ways this person taught me a ton about recruiting because they had done it much longer than me. They wound up doing most of the sales part of it while I learned how to actually recruit. I then began to get better at the sales and relationship building part. This wound up aligning well with my personality anyway. We worked well together for a couple of years at this place then once this friend moved to a new company I soon followed. After the 2nd company we would up going our separate ways in terms of working for different companies but still did business together. I think working together for 3 years then partnering for another 7 or so went a long way to establishing a solid relationship. The fact that we were also friends as well as working together made it that much better.

Over the last 4-5 years the friend and I didn’t really do any business together. We did however stay in touch during this time on a regular basis. Texting would happen regularly so we could stay up on what was going on in each others lives. We would get together for lunch every couple of months and do a longer catch up and stay plugged into what was going on in each other’s lives.

How To Not Be A Good Friend

You know when you get that nagging feeling that unless you make any effort nothing is going to happen? That’s where this friendship is at. And as I reflect it’s been this way for the entire year. It’s a crappy feeling but as this friend used to tell me “it is what it is”. You can only control what you can control. And when only one person is doing any rowing that boat ain’t going anywhere. So here’s some really good ways of how to not be a good friend.

Don’t Text To Stay In Touch

Unless I text I would never hear from this friend. It has gotten to that point and it’s pretty crummy. I am pretty sure that I can safely say that unless I start the texting I will never hear from this person. You know that feeling don’t you? It’s a bummer. When you see that you have sent 4 or 5 texts to this other person’s one it’s time to think about pulling the plug. Another bad sign with texting is if it takes way too long to hear back. Now I get it, people are busy. We are all busy, it’s called having a life. I am a firm believer that if something means something to you the effort will follow. If it doesn’t then the effort won’t follow.

Go Long Periods Between Catching Up

This is something that I noticed the last time we had a catch up lunch. Which was about 6 months ago. We’d gotten to the point where it was like a MAJOR catch up. Like I didn’t know that my friend’s son had left college. The previous semester. Yeah that’s bad. When you go so long you don’t know whether your friend’s son is no longer in school FROM THE PREVIOUS year that’s not a good sign. My friend didn’t realize that I had a new role with a new company. That happened the previous year. Pretty bad let me tell you. When you realize how out of touch with someone’s life’s you’ve become when you used to be fairly plugged in you realize the friendship is definitely changing. And not for the better.

Cancel Plans At The Last Minute

This is the thing that has really chapped my ass lately. It was about a month ago we were scheduled to have a lunch. My friend messaged me last minute that they would not be able to meet for lunch due to something last minute that came up. In general this isn’t a big deal right? Because life happens and you adjust, it’s nothing to get worked up about. Except this was the 3rd time in a row this had happened. My friend had canceled lunch plans for the 3rd time in a row at the last minute. For a business reason, for a personal reason, etc. They are busy. Guess what? I’m busy too. Being busy doesn’t make you special, it makes you someone with a life. This was really the eye opening moment when I realized the pattern of last minute canceling.

And Make Me Reschedule

Almost like rubbing salt in the wound I was the one that would reach out to reschedule the canceled lunch appointment. Maybe I am a glutton for punishment. Maybe I didn’t want to admit the friendship had run it’s course, who knows. Another good way of how to not be a good friend is to make the other person reschedule the meeting when you are the one that has canceled. That’s a really good way to show how little you care about the friendship.

Only Reach Out When You Need Something

A few years ago my friend got really tired of dealing of their job. It was mostly the boss but the company has a whole had some serious struggles. The friend decided it was time to move on. They asked for my help with their resume so I carved out the time to help them. I supported them as they interviewed for a few roles and celebrated the win when a new exciting role was landed.

Conversely last year when I decided I was tired of running into a brick wall at my work I reached out to my friend for support, advice, thoughts on options, that kind of stuff. Sadly the friend couldn’t find the time to listen or help keep their eyes and ears open for new opportunities for me. Which in the grand scheme isn’t a big deal, I’m a pretty resourceful guy and landed a role I love. On my own. With no help or support from my friend. When I brought this up the friend said something like “I didn’t realize you were serious about looking for something new”. That’s because you didn’t take the time to listen. However when you needed help I was there.

There you have it, how to not be a good friend. Oh, I am sure there lots of other ways to not be a good friend but these are relevant in my case. After the most recent last minute canceled lunch I decided I was done. I reflected upon the history over the past year or so as well as the last minute cancellations for lunch 3 times in a row and I decided it was time for me to listen what my friend was telling me.

Bottom line is you make time for what’s important. If you find someone in your life can’t make time for you, time to decide if that friendship is still right for you.