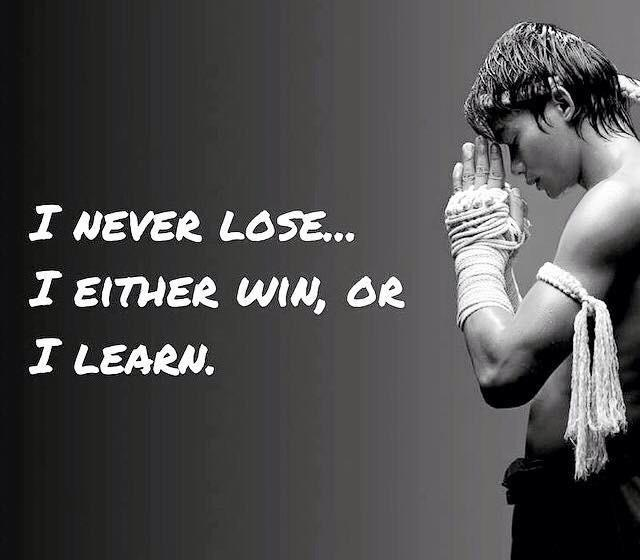 How To Not Be Afraid Of Failure

Why is it we are all so stinking afraid to fail?

In my opinion I think most of it is because we don’t want others to see us as having failed.  We don’t want to appear vulnerable and human which seems silly when you think of it logically but on an emotional level that’s a whole other ballgame.  Another part of it I believe has to do with how we perceive ourselves.  In other words, our own egos.  We don’t want to fail at things because it makes us feel worse about ourselves.  Simply put, we don’t want to be seen as failures to ourselves (ego) or others (embarrassment).  In general we have weak egos.

The problem with being afraid of failure is that it keeps us from attaining so much more with our lives.  When we worry about failing at something it leads us to the path of NOT EVEN TRYING it.  We talk ourselves out of something before we even start it.  If we think of how doing something new like learning a new skill or asking for a raise or going after the girl we get freaked out by what happens if it DOESN’T WORK.  If we fail at it.  And that keeps us from so much.  We have to figure out how to change our mentality to something more like Michael Jordans: We get trained to be afraid of failing.  We get trained to be fearful of saying the wrong thing at the wrong time.  We are trained to act in such a way as to not appear stupid or to not know what we are doing.  And this comes from a variety of places but in general it happens when we are kids and start interacting with others.  When we are in school and the teacher asks a questions to the class you learn to only raise your hand if you know the answer.  You can feel the other kids eyes on you when you open your mouth.  And oh my, if you say something that makes the other kids laugh watch out!  We get trained to be rewarded for getting good grades and quite the opposite for getting bad grades. We can go to an even deeper (and sometimes painful) place when we think about how the fear of failure could have some roots in not living up to the expectations of our parents.  Remember how bad it felt to disappoint your parents?  I’m living the other side now with 2 teenage daughters so I am very aware of it.  Fear of failing in the eyes of our parents is probably something most of us can relate to.  So if you think about it we have spent a large portion of our first 18 years learning how to fear failure.

This is the mindset we have when we set out into the world.  It’s something that gets ingrained into us from others without ill will intended.  This gets translated into our adults lives as making us hesitant to try new things for fear of failure.  Fear of looking stupid and wasting time and money and looking like an idiot in front of other people.  This in turn keeps us exactly in the same situations we are currently in…….which is a known situation (be it career, relationship, etc) and is therefore a SAFE PLACE.

What’s The Worst Thing That Could Happen

To begin to break out of having a fear of failure you need to change the way you approach new things.  Instead of imagining everything that can go wrong and potentially how stupid you will look into taking a good honest look at what is the worst thing that could happen if you fail.  Chances are it’s not nearly as big a deal as your monkey brain makes it out to be.  It’s simply been built up to be bigger than it really is.

So start with the perception of others.  If you are worried about how others will perceive you take a long look at that.  First you have to ask yourself, who’s opinion of you really matters?  I would say without hesitation your opinion of yourself is by far and away #1 and to be honest, it should really be about the only opinion you care about.  Let’s say for arguments sake you care about the opinion of your spouse, your kids, and your parents as well at least to some degree which is fair and reasonable.  So then ask yourself what would these people, your inner circle, (who should be your #1 cheerleaders – if they aren’t that’s a topic for another day and post) saw you try something and fail at it?  What would they say, what would they think?  You know the answer before I write it.  If they truly care about YOU and your HAPPINESS then they most likely don’t care that you fail – they are much more excited that you put yourself out there and tried, no matter what the outcome.

I bet if you think about it the fear of disappointing others and looking like a failure to yourself is the #1 reason why you worry about failing.  If you address this part, which we’ve just discussed, then it usually comes down to fearing losing something safe that you already have, like money or a job or an established way of life in some way, shape or form.  And to that you simply have to view it in the right context.  Simply put, be smart about it.  Don’t quit your day job if it pays for everything you and your family need in order to hang an “OPEN” sign the next day on your cat herding business without having done extensive research and prep.  Just be smart about how you approach the next venture that has you afraid of failing.  Set aside enough money to launch it so that if it fails you aren’t out everything.  Same thing with your time – don’t pour every ounce of energy into something unless you are primed and ready to go with it.  Then before you launch it write down:

What’s the Worst That Could Happen?  If you are honest about it then chances are if it fails you will be okay.  And even taken to extremes this is usually true.

I don’t fail.  I win or I learn.  Heard that?  I love it.  One of my favorite books is Feel the Fear and Do It Anyway by Susan Jeffers.  In the book she discusses fear at length as you might suspect.  Something that I found particularly enlightening was the section about making a big decision and how it can paralyze us into non-action.  And that this fear is based on doubting if we will make the wrong decision like take a new job or leave our spouse.  And she goes on to tell about how you look at it in a different way, that way being there is no “wrong” decision.  You make a decision and if it doesn’t work out the way you had planned well then you learned something.  You’ve learned that the path you took is not what you were hoping it would be and you’ve learned something you don’t like.  And then you move on from there.  I’ll give you an example.

About 7 years ago I made a choice to take a new position at a different company.  From the outside it looked like the right decision.  The money was better and it was a good step up the career ladder.  Truth be told I was feeling kind of stuck at my old company and the right opportunity came along at the right time so I was willing to listen.  I did agonize over this job but ultimately felt I owed to myself and my career to take it.  3 months later I was taking my old boss out to breakfast to try to get my previous job back.  Unfortunately they’d just hired my replacement and I was stuck.  About a year later I did make it back to my old company and I am still there to this day.  What did I learn?  I learned I don’t like working in publicly traded companies that are as big as the one I went to work for.  And by testing out new waters I figured out what company environment was right for me and just as importantly, which ones were wrong.  Many people would say I made a wrong decision but I don’t see it that way.  I see it as I took a chance and learned something important instead of just wondering.  And I am further ahead today than I would have been had I stayed.  So in reality making a “wrong” decision at that juncture of my career and “failing” at the new company actually put me further along in my career with the company I left, then re-joined.  Interesting don’t you think?

Failure Teaches Us To Be Resilient and Persistent

Some of the best traits a person can have is resiliency and persistence.  That is the ability to persist and not give up, to keep moving forward even in the face of adversity.  When we fail we learn that despite getting a set back we want to try again.  Or try again in a different way or a different angle.  Or maybe we learn that we don’t want to do something at all – like work at a new company or engage in a new career or pick up the guitar.  Whatever it might be, if we don’t try and we don’t fail we never learn.  But the more we try the more we learn.  When we fail, we learn, at least if we have 1/2 a brain we learn.  We got smarter and better and that builds the foundation of persistence and resiliency.  And these are great traits to have in this game of life.

Bring It Around:  Failure = Success

If you think about it the more we fail the more we actually succeed.  Every time we fail at a specific goal we get smarter about how we are doing it.  We get incrementally closer to our goal.  Each failure brings us more input into our formula for success.  When we try and fail we learn and learning is the key to growth.  Nobody ever got any smarter by not learning.  And when you need something to inspire you in this light, think of what Thomas Edison said about the invention of the light bulb:

As per usual I would love to hear your thoughts on the subject.

4 thoughts on “How To Not Be Afraid Of Failure”