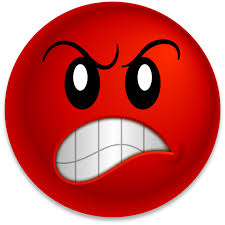 It’s Okay To Piss People Off

For many of us it’s difficult to make other people angry.  As a matter of fact a lot of people, if not most people, are conditioned to try to keep the peace at almost all costs.  It’s like an ingrained character trait it seems.  And while I don’t disagree that it’s best for us all to try to get along and love one another as much as possible, it’s also okay to not agree all the time.  We have to remember that every single one of us is a unique individual and it’s impossible for us to agree on most things.  We are all looking at life and situations through our own unique “lens” of the world that is fueled by our experiences and interactions with others.  And that in and of itself makes it very difficult to agree with each other all the time.  So guess what guys?  It’s okay to piss people off sometimes!

Something that seems to get lost in the shuffle quite a bit is remembering the simple fact that it’s YOUR LIFE.  That means you know what’s best for you and you know what you want (at least some of the time).  So don’t let someone else tell you what’s right for you or what you want.  And if you have to disagree with them who gives a crap, it’s your life.  I can’t tell you how many times I’ve been around someone who is so much more willing to ensure someone else’s feeling don’t get hurt or someone doesn’t get upset at them at such a high cost to themselves.  This leads to much unhappiness.  One of the really cool things about being a responsible adult is you get to make your decisions…….for yourself.  If someone doesn’t agree with it that’s on them, let them deal with it.  You might laugh at this but not too long ago I told my own mother that it was okay to feel what she felt and to do what she wanted to do without being too worried about other people’s feelings – as an adult woman she has that right.

Everybody’s Got To Own Their Feelings I think this one is huge and something that a lot of us struggle with.  There are people pleasers everywhere and I was certainly one of the bigger ones.  I think this comes from a lot of places, our upbringings and maybe society in general.  I used to take it to the level that I felt somehow responsible for other people’s happiness and mood.  How crazy is that??  Like I was somehow so important that I had the magical power to make someone happy or sad.  Guess what kids?  That’s not how it works.  Each of us are responsible for our own feelings, nobody “makes us” feel a certain way.  Honestly if you think about it sounds like something a 5 year old would say “He made me sad because he took my bike”.  But for some reason many of us, myself included, can find ourselves hesitant to say what’s on our minds or speak up because we are fearful of how someone might take the news.  Once you get more used to pushing past that and remembering each and every one of us is responsible for our own feelings it gets easier.  But I will also add it takes a lot of practice for this to get easier.

If you are doing anything remotely interesting or different than the herd it’s going to piss some people off.  People get mad because other people aren’t doing the same things as they are.  You are working on your side business instead of binge watching Netflix like 90% of the rest of the population?  What a jerk!  The safest, most effective way to avoid pissing people off and to not having any detractors or people that whisper behind your back is to do what everyone else is doing.  Why?  Because it’s safe there.  So be safe and secure and avoid making people mad.  Or make people mad and say things about you by doing something that’s fun and exciting to you, it’s your choice.  The reality is you will find that the some of the biggest change agents in the world who made large, lasting impacts had the most amount of people who didn’t like what they were doing, and told them so.

So remember this when you think you might piss someone off for doing something or saying something.  It’s all a matter of opinion anyway.  Like, just about everything is a matter of opinion.  I won’t get into obvious things like murder or child abuse, some things are just inherently wrong.  But in the general scheme of things it’s all opinion anyway.  If my sales goal this year is $500,000 and I sell $450,000 and I’m happy with my results, then damnit I’m gonna be happy with it.  Now my boss might not be as excited as me but as long as he let’s me hang around for the next year he agree’s enough.  So many things are arbitrary anyway.  Who said you shouldn’t wear white after Labor Day anyway?  Who said you can’t drink white wine while putting down a huge steak?  You have to remember that so many “rules” we all live by are pretty random.  If you think about it at some point someone said it was the right way to do ___________(fill in the blank) and everyone agreed with that person for some reason.  And now we all do it that way for some strange reason.  So go on and do it your way!

To Put It In Perspective

So here’s the thing.  Even though it often times feels like a bad thing to make people angry, it’s okay to piss people off.  Like so many things in life it’s about moderation right?  As we have broken down here it’s okay to piss people off, the goal is to be okay with it yourself.  To not be hung up anymore on worrying if you are going to upset someone or piss someone off.  To recap:

It’s Your Life – only you are responsible for your level of happiness or satisfaction or success or whatever else gets you off.  No one else.  Remember that – drive your own bus to where you want it to go.

lead to a very boring life.  Doing everything how everyone else wants you to do it is a ticket to snooze Ville.

Opinions are like a**holes – remember, everybody’s got one.  And it’s all perspective and point of view.  Nobody is right and nobody is wrong.

Pissing people off builds confidence – well not directly but in a way it does.  When you do your own thing despite what other people say or even if it upsets people it shows that you have confidence in your own direction and decisions.  And that’s a really good thing.

Appreciate you taking the time to read – let me know what you think. 2 thoughts on “It’s Okay To Piss People Off”