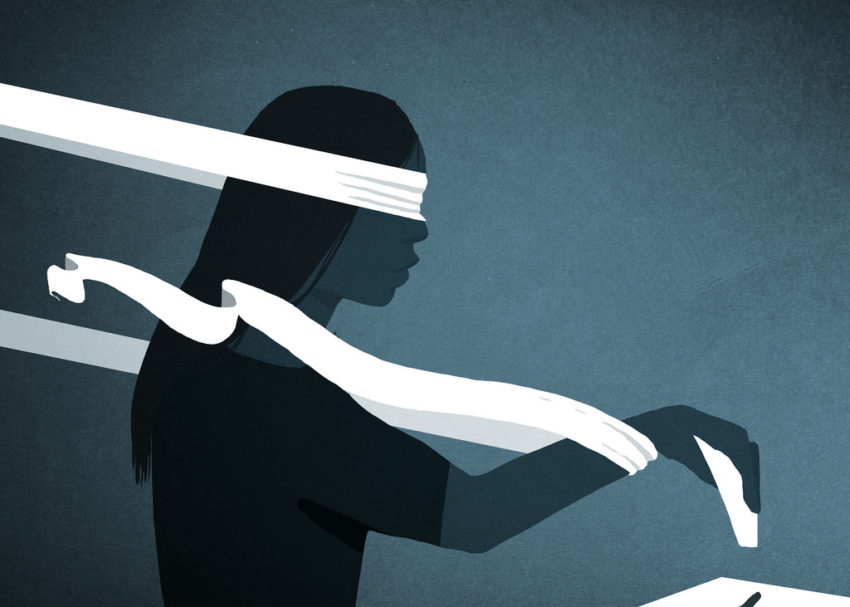 The Narcissist and The Smear Campaign

This one is going to be fun. It came to me when I was writing my last post titled “Am I a Narcissist”. In case you missed it go back and read about it. One of the most intriguing and toxic things narcissists can do is a smear campaign. So here we are going to take a look at the narcissist and the smear campaign.

We all know what a smear campaign is from when a political election heats up. This is similar in nature but in some ways it’s even worse. It’s worse because the narcissist works covertly. Let’s begin shall we.

For those of you not familiar with what a narcissist is here you go. According to the Mayo Clinic:

“Narcissistic personality disorder — one of several types of personality disorders — is a mental condition in which people have an inflated sense of their own importance, a deep need for excessive attention and admiration, troubled relationships, and a lack of empathy for others. But behind this mask of extreme confidence lies a fragile self-esteem that’s vulnerable to the slightest criticism.

A narcissistic personality disorder causes problems in many areas of life, such as relationships, work, school or financial affairs. People with narcissistic personality disorder may be generally unhappy and disappointed when they’re not given the special favors or admiration they believe they deserve. They may find their relationships unfulfilling, and others may not enjoy being around them.

What Is A Smear Campaign

I’ve already provide a pretty good list of symptoms and things to look for in a narcissist. Instead of going over that let’s look specifically at what a smear campaign is and then some examples. That will help us get a good look at the narcissist and the smear campaign.

Remember, a narcissist has to feel like they have control over others in order to feed their weak ego. This is especially true of people close to them, in particular spouses or significant others. Instead of doing things that actually increase their self-esteem instead they feel more powerful by wielding power and control over others. A smear campaign works great for that.

Why a Narcissist Uses a Smear Campaign

Here are the ways a smear campaign helps a narcissist:

Raises their self-esteem. Remember the narcissist always has to feel in the right and in control. A smear campaign works great to fuel their ego because they are manipulating how other people feel about their significant other. They are in control.

Control the message. Similar theme here. By controlling the message to others they exact control over their spouse or SO.

Isolation. The people being told unflattering lies about someone tend to want to be around them less and less. In general if you are a horrible dad that makes people respect you less and tend to look down at you.

Distracting from the real facts. If people are too busy whispering and talking about the “bad” person (at least according to what they are told) then that will take the focus off the real problem. The narcissist.

In order to better understand the narcissist and the smear campaign let’s look at a few examples. Here is #1.

The bad father. You’re a good dad. You have lots of interactive time with your kids. Present and accounted for during bath time and bedtime. You help with homework. Your car runs them to and from practice much of the time. You care about your kids. Or do you? Maybe not if your narcissistic wife is running a smear campaign on you. She might be telling your mutual friends that she’s “really worried about you.

You’ve been spending more and more time in the basement on your own. She found an empty bottle of vodka while cleaning up down there. You don’t think he has a secret drinking problem do you”? That time your parents called to ask you a question? She planted a seed by saying you’ve been seeming more and more withdrawn lately. And she’s told her mom over the last few months that you haven’t been doing as much with the kids. You’ve started missing more of their events and snap at her when she asks you what’s wrong. She cares about you a lot but is starting to see a side of you she’s never seen before. She hopes you don’t turn out to be one of those absentee fathers who’s kids can’t rely on them.

Even though absolutely none of this is true. But when she tells this type of misinformation to people that have no way to verify if it’s true or not why wouldn’t they believe her? She continually tells them how much she cares about you and has your best interests at heart. Except she doesn’t. She only has her own interests at heart.

The affair. Your husband has been having an affair and you just found out. Besides being completely blindsided and heartbroken you feel completely lost. You don’t understand why it isn’t a bigger deal to him despite the obvious evidence and what you know in your heart. He actually seems fairly aloof about it and tells you he isn’t really having an affair. All the signs you point out he has an almost plausible explanation for them. Since you can’t get him to admit it outright you start snooping around and monitoring his activity. Looking at his phone when you can. Checking on his whereabouts. And here’s where it gets completely unfair.

He starts telling some of your mutual friends that you’ve gotten extremely paranoid and edgy lately. You don’t seem to be able to focus on the kids as much anymore. You are becoming a much different person than the one he married. He tells his mom or dad, whichever one he is closer to, that you have become this incredibly controlling person. He’s so worried about you but feels he can’t talk to you because you are always accusing him of something that is simply not true. He tells his parent’s he’s been doing everything in his power to help your marriage but you won’t put any effort into it.

He starts to accuse you of having relationships with guys that go beyond the friend boundaries. It isn’t fair of you to accuse him of something you do all the time! Talk about a hypocrite! And he has heard from a friend or two that you’ve gotten more friendly than the other person was comfortable with. When you ask who he says it’s not fair to the other person to tell you who.

In this web of confusion you start wondering about why his parents are talking to you less and less. And now that you think about it, your friends aren’t calling or texting as much. Is everyone in on something you aren’t?

Welcome to the magical world of the smear campaign.

And there you have it, the narcissist and the smear campaign. With a little luck I’ve been able to illustrate just how toxic the smear campaign can be. The most heartbreaking thing about it is it is orchestrated by someone you think should care about you the most. Whether it’s a spouse or a significant other you’d think they’d have your best interests at heart.

With a narcissist all bets are off. They ultimately only have their own interests top of mind. And their ability to emotionally manipulate others is like a superpower. The smear campaign is one of their most powerful tools.

Beware the narcissist and the smear campaign,

4 thoughts on “The Narcissist And The Smear Campaign”