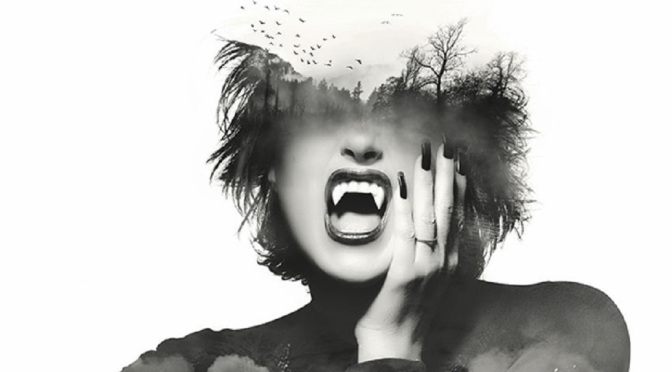 What Is An Emotional Vampire

Have you noticed how exhausted you feel after being around certain people? Do you dread talking to your boss because you always feel beat up afterwards? Maybe you have that friend who just seems to take and take and then take some more. Then there’s that other friend who always seems to be having a crisis and just has to talk to you…..again. These are all signs of emotional vampires. They are also known as energy vampires. So, let’s take a deeper look at what is an emotional vampire.

Here are some types of emotional vampires to be on the lookout for.

We’ve all met someone or are friends with someone who is always playing the victim. Things never seem to go right for this person. Life is always unfair to them in one shape or form. Their boss sucks and if they have a significant other that person is always doing the wrong thing. They seem to have an excuse for just about everything. Accountability is nowhere to be found with your friend the perpetual victim.

The best way to handle this person is to not fall into the trap of being that person’s therapist. Don’t try to fix things for them because you can’t. When they talk about yet another thing is unfair in their life gloss past it with a “Jeez that sounds really tough” and move on.

One of my favorites! Narcissists are typically very charming when you first meet them. Over time you get to see more of their true personality. There are the narcissists that are always screaming for attention but the harder to spot ones can drain your energy just as well. They are usually pretty good at creating drama and needing others around to rescue them and pay attention to them.

The best way to handle a narcissist in your life is to simply spend as little time as possible with them. Enjoy the parts of their personality you like and don’t rely on them for much of anything.

I tell people I am not a control freak, I am a control enthusiast. The difference with me is I don’t try to impose my will on others. I know what I like and if it’s just “me time” I’ll do it the way I want to. The real control freaks are the ones that think they always know what’s best for everyone and thinks their opinion is right in any situation.

Again, try not to be around the control freak too much. Politely decline their advice and tell them you’ve got it all figured out thank you.

This emotional vampire is the one that is always criticizing you. At work it could be your boss who is constantly finding fault with your work. He or she likes to point out all the things you do wrong, even if it’s just their opinion and not fact based. Sometimes you see the critic as a mother, father, or in-law that always has a comment on your parenting style or your house. “Gee John, your yard is looking pretty rough this year isn’t it?”. “Why’d you choose that shade of blue for your paint job?”. You get the drift.

Best way to handle the critical emotional vampire is to not take anything personally. Let it roll off your back. Act like you don’t pay much attention to them. And definitely do not fall into defending yourself, that just feeds the emotional vampire.

Aren’t drama queens fun? Do you have someone in your life that constantly seems to be in crisis mode? There’s always some big emergency or huge things going on. Like always. As such they feel the need to call and text you constantly. They are very demanding of your time and get offended if you don’t drop everything to listen to their problems. Sigh.

Give drama queens limited use of your time. If they call with yet another emergency tell them you are almost at an appointment and have 5 minutes. If you choose to do something with them definitely have time constraints and firm ending times.

A Huge Need for Attention and/or Validation from Others

As you have most likely noticed conversations with emotional vampires is very one-sided. It’s all about them. If you somehow get a comment in about your life many times they simply continue on like they didn’t hear you. It’s honestly pretty infuriating. Emotional vampires have low self esteem so they are looking for attention or validation from others to boost their self esteem. Unfortunately this is going on constantly.

It’s important to note that the attention seeking behavior isn’t always boastful. Just as often it’s very victim mentality driven. But it still gets your attention. This is coming from the “world must hate me” mindset that nothing goes their way. They got fired because their boss hates them. Nobody wants to date him because all girls are manipulative. You see this is the drama queen’s life because she always has outlandish things happening in her life. Good chance most of it caused by her.

Nothing is Their Fault

This is the victim mentality showing it’s head right here. An emotional vampire honestly can’t see where they have a hand in what happens to them. It’s all outside of their control. The lengths they go to in order to illustrate how something isn’t their fault can be mind blowing.

The boss doesn’t recognize their level of talent and that’s why he or she never gets promoted. No way it can be because they don’t deserve it.

Lack of Self Awareness

As you might imagine emotional vampires are unable to look underneath their own hoods much. They are not able to take that long look in the mirror and realize they are the cause of the majority of their struggles. The ability to actually make meaningful change in our lives starts with the ability to be honest with ourselves. To be able to say things like “I do drink too much, it’s causing problems in my life. It’s time to figure out how to quit”. That type thinking. Emotional vampires are not usually able to do this.

They don’t see that they are commonality in all of the things that aren’t going right in their lives.

What Is an Emotional Vampire

Hopefully you’ve learned something about emotional vampires. They aren’t very hard to spot. If you find yourself being mentally drained or emotionally exhausted after being around someone, chances are they are an emotional vampire of one breed or another. Limit your time around them so you don’t get sucked into their vortex of drama and despair.

For further insight here are a few items that could help shed more light.

Energy Vampires: How To Protect Yourself From Toxic People With Narcissistic Tendencies – by Tony Sayers

Energy Vampires: How To Deal With Negative People – by Jennifer O’Neill

Dodging Energy Vampires: An Empath’s Guide to Evading Relationships That Drain You And Restoring Your Health And Power – by Christiane Northup, M.D.

Energy Vampire Slaying 101: How To Combat Negativity and Toxic Attitudes in the Office, In Your Home, and In Yourself – by Dan O’Connor

Negative People: The Ultimate Guide on Dealing With Difficult People – by Mike Mitchell

2 thoughts on “What Is An Emotional Vampire”