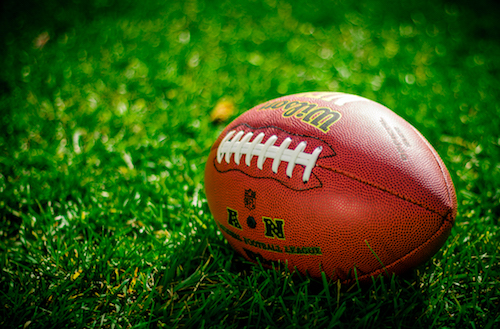 Today! As I write this the television is on and it’s the middle of Sunday afternoon. The noon games have just wrapped up and the 3 o’clock games have just kicked off. Yes, technically there was a game on Thursday but in my opinion today is really the first main day of football. I’ve got a big pot of chili bubbling on the stove. This is tradition for me. I make chili every first day of the football season and also the last. Chili is one of the things on my menu for the Super Bowl. But let’s not get ahead of ourselves, that’s months away! What’s important is today is a glorious day, when the NFL plays on the television in my house on Sunday afternoons. And Sunday nights. And Monday nights. Sometimes even on Thursdays. So when does the football season start? Today!

You feel it Coming

It’s as we get into August when you can start to feel the electricity in the air. I think about it when I know preseason games aren’t too far away. I normally pick up a fantasy football magazine to get ready for my draft. More on that later. When Labor Day weekend is coming up that’s my really big tip off. I know that the football season usually starts the week after Labor Day weekend. Yet another reason why I like the Labor Day weekend so much. When I start to wonder when does the football season start another way I remind myself is when the lawn company contacts me to get my yard aerated and over seeded. I started doing this about 6-7 years ago. The first year I rented the verticutter and spent an entire Friday cutting up my yard and spreading tons of seed for the fall. The the lawn company I work with let me know they could do it for about $100 more than I paid. and I wouldn’t have to spend 8 hours of my life sweating my nuts off. So from now on I’ve had them do it. Because I have to get ready for football season!

Are you a fantasy football person? I tried it once like 15 years ago but just joined an online league. Wasn’t much fun. About 4 years ago a group of guys who work in sales at my company asked me to join their league. One of their guys who was in the group had moved away recently. I was skeptical at first but got talked into it. Needless to say I sucked. I had no idea what I was doing when drafting or really much of anything that first season. I finished 12 out of 12 in that league. But I had fun. So the 2nd year I did it I actually did some research and did better. I played better and wound up in 8th place. Then last year I finished 3rd and actually made my money back plus a little more. And I felt like I kind of knew what I was doing. So I got a double dose of football. The real thing and my fantasy football. It made the NFL season even better.

I don’t know how it worked out this way but I love the fact that the football season is in the fall. A lot of people love high school football. There was a few years where my now junior in high school daughter loved going to the high school games. She hasn’t been as much into that the last year or so but I know many people love high school football. I think we all know how fanatical many people get regarding college football. It’s really on it’s own level. Which I like watching college football but I don’t really follow it closely like a lot of guys I know. I do tend to follow NFL football super close and can spout off a lot of useless facts. Football and the fall season just seem to compliment each other so nicely. Don’t you just love it!?

Something else I like a lot about football season is that it’s a great holiday helper. If you are one of those people who like to watch football during turkey day you know what I’m talking about. Heck, you can make a full day of it on Thanksgiving. I think the first game starts at 11am in my time zone. The second one is at 3PM and the final one is at 7PM. What more can you ask for?! Well, I guess for the games to be competitive but at least you get a full day of football, family, and food. It’s a win win win!

For the hard core folks you can usually catch an NFL game on Christmas eve and Christmas day. Then you get the full slate of college playoff games and Bowl games right around the New Years holiday season. It’s like somebody created my ultimate time of year – holidays and football. They go together!

I have a hunch you can tell from my post that football is my favorite sport. Specifically NFL football. I like watching college and all but something about pro ball really gets me going. I can really get into college basketball and March Madness with the best of them. But it’s every year I look forward to the football season. So when does football season start? The glorious season has begun!

Well the good news is this. If you are wondering when does the football season start the answer is right NOW brothers! Don’t waste another minute. Embrace this wonderful fall season and all the fantastic football that goes along with it. Let’s go!