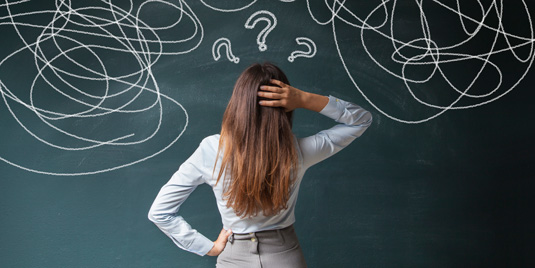 I am sure a big part of this is the becoming a grumpy old man. At least according to my wife. And I know there’s something to it that as we get older we tend to be more comfortable in our own skins. That we know how we like things and many of us operate under the motto of live and let live. I would say that’s how I am most of the time. Now that being said there’s plenty of times when I witness head scratching behavior in others. And I’m sure sometimes people look at me and go “what in the world”?. If you were ever a fan of Dennis Miller when he did one of his “Now I don’t want to go off on a rant here but” then this one is for you. This is my “why do people do what they do” – Volume 1.

Drive in the Left Lane – Always

A long time ago I was a store manager for Kinko’s. One time one of my assistant managers and I were driving 4 hours to our regional office. We were going there for a 2 day training of some sort. My assistant manager wanted to drive us which was great. What wasn’t so great was he insisted on driving in the left lane of the highway the ENTIRE TRIP. When I asked him why he did it he said he thought the left lane was usually smoother or something like that. He claimed to have never heard of the concept that the left lane was a passing lane. What made this even more amusing was he typically drove a few miles under the speed limit. And constantly wondered why other cars would get right behind him and honk. For the entire trip. I was like “dude, that’s because the left lane is most for passing!!” Fell on deaf ears.

My youngest daughter who is 17 also drives almost exclusively in the left lane. When I have asked her why she states she will be passing someone. One time when I was with her I pointed out that the next car was about a quarter mile ahead of us. She said “I know, I’m sure I’ll be passing them soon”. Sigh.

Sit In A Parked Car In A Parking Lot

Look, I’m not talking about someone who is sitting in their car waiting for someone else who’s in a store. What I am referring to is the people that sit in their car for long periods of time in a parking lot for no apparent reason. Maybe I’m being a jerk and there’s a good reason but this seems to be an ongoing event at just about every Quick Trip I stop at in my neck in the woods. There are always people just sitting in the parking lot. Some of them are eating which I get. But many of them are sitting their either staring at their phones are staring into space.

Are they waiting for someone to buy them smokes? Buy them booze? Get them their “snackle”? Yes, snackle is a Quick Trip thing. That’s the point! I have no clue what they are waiting for. I’m telling you, every time I go to Quick Trip I will see at least one person sitting in their car the entire time I am there. Who knows?

Spend So Much Time in the Bathroom

I live with 3 females, my wife and 2 daughters. It is simply amazing to me how much time they are able to spend in the bathroom sometimes. And no, I’m not talking about looking pretty time. I’m talking about when one of them says “I have to go to the bathroom” and then I hear the toilet flush 45 minutes later. Okay I might be exaggerating a little bit but I promise, it’s just a very little bit. Is it a way to get some quiet time in? Maybe it’s a female ritual I am not aware of. For whatever reason it’s something I just don’t understand.

When I go into the bathroom it’s because I have to use the bathroom. I go in there and do my thing and get out and move on to bigger and better things. It’s a temporary quick stop. I don’t set up shop and play lots of games or do my Amazon shopping. I take care of business and move on. Case closed.

Look at You When You Pass

It’s not just me is it? Or maybe I’m funnier looking than I thought so people like to look at me. And laugh. Well, hopefully not too much. Another on my list of why do people do what they do is is looking at me when I pass them in my car. It seems to me that about one in three people I pass on the highway swivels their heads around and stares at me when I am going by. Why is that? Have I upset them? Made them feel bad about themselves because I am going faster than them? Who in the world knows. My favorite though is those guys that give a mean look as I am going by. Whatevs dude. Lose the attitude.

Lie When It Serves No Purpose

We’ve all been lied to. And this one doesn’t happen to me often but I really wonder why sometimes people lie when it seems to serve no purpose. I mean if you ask me do I think your outfit is cute and maybe I don’t really I’m probably still going to say it is. And my lie there has a purpose, it’s to help make you feel good about yourself. Or if someone shows me something they are proud of and inside I’m like “meh” outside I’m still going to say it looks great. Again, it serves a purpose. But have you ever caught someone in a lie that really serves no purpose whatsoever? I have, and it’s just like why?

There you have it, volume 1 of why do people do what they do. I get irritated and confused by people on an almost daily basis so stay tuned. I’m sure I’ll be coming around with a volume 2 in the near future. In the meantime stay weird people.